Madonna In A Fur Coat

This best-selling Turkish classic of love and alienation in a changing world captures the vibrancy of interwar Berlin.

A shy young man leaves his home in rural Turkey to learn a trade and discover life in 1920s Berlin. There, amidst the city’s bustling streets, elegant museums, passionate politics, and infamous cabarets, a chance meeting with a beautiful half-Jewish artist transforms him forever. Caught between his desire for freedom from tradition and his yearning to belong, he struggles to hold on to the new life he has found with the woman he loves.

Emotionally powerful, intensely atmospheric, and touchingly profound, ‘Madonna in a Fur Coat’ is an unforgettable novel about new beginnings, the relentless pull of family ties, and the unfathomable nature of the human soul. First published in 1943, this novel, with its quiet yet insistent defiance of social norms, has been topping best-seller lists in Turkey since 2013.

Sabahattin Ali was born in 1907 in the Ottoman town of Egridere (now Ardino in southern Bulgaria) and was killed on the Bulgarian border in 1948 as he attempted to leave Turkey. A teacher, writer, and journalist, he owned and edited a popular weekly newspaper called Marko Pasa and was imprisoned twice for his political views. 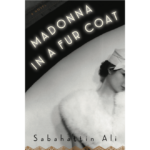