Considered the greatest short story writer, Anton Chekhov changed the genre itself with his spare, impressionistic depictions of Russian life and the human condition. From characteristically brief, evocative early pieces such as “The Huntsman” and the tour de force “A Boring Story,” to his best-known stories such as “The Lady with the Little Dog” and his own personal favorite, “The Student,” Chekhov’s short fiction possesses the transcendent power of art to awe and change the reader.

Anton Pavlovich Chekhov (1860–1904) was a Russian playwright and short story writer who is considered to be among the greatest writers of short fiction in history. His career as a playwright produced four classics, and his best short stories are held in high esteem by writers and critics.

Chekhov practiced as a medical doctor throughout most of his literary career: “Medicine is my lawful wife,” he once said, “and literature is my mistress.” 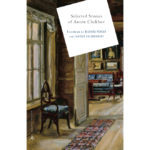