Winner of The Nobel Prize® In Literature in 1957.

With the excitement of a perfectly executed thriller and the force of a parable, ‘The Stranger’ is the work of one of the most engaged and intellectually alert writers of the past century.

Albert Camus’ spare, laconic masterpiece about a murder in Algeria is famous for having diagnosed, with an almost scientific clarity, that condition of reckless alienation and spiritual exhaustion that characterized so much of twentieth-century life.

Born in Algeria in 1913, Albert Camus published ‘The Stranger’—now one of the most widely read novels of this century—in 1942. 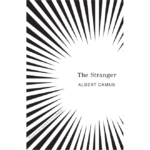